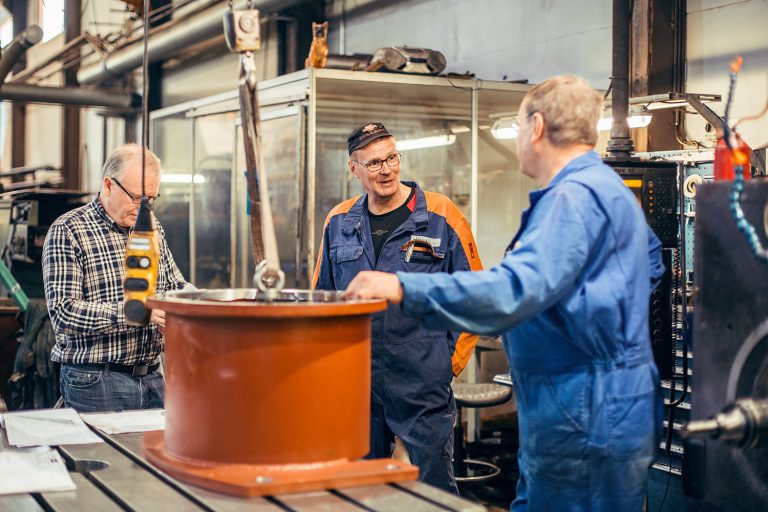 Transfer took place since the founder of the company, Mr. Mati Vetevool felt that it’s time to step give main responsibility to his son. This didn’t, by any chance, mean that he cut off completely from running a business, but Mr.Mati Vetevool took the role of CEO and Meelis Vetevool became Chairman of the board. It was easy to find a successor since the son had been actively working in the company alongside his father. Therefore, the transfer process was very dynamic. Next to the son, also the grandson is working in the company and this should guarantee the long-term sustainability for the company. When the entrepreneur and owner of the company, Juha Hallamaa, died suddenly and unexpected in December 2007, were his daughters 19 and 22 years old and still studying. Although the situation was a shock both to sisters and to their mother, the decision was made quickly and in the next morning both sisters were together at the works telling that they are going to continue the work of their father.

The labor understood the situation and the strong commitment between company and workers strengthened even more. The production manager took operative responsibility and sisters, realizing that they were unexperienced as entrepreneurs, started the search of new CEO with help of head hunting company that knew their father and company and had an idea of what kind of person was searched. After three months a new man was at the helm.

Both of sisters had vocational level education in business administration, and straight from the beginning of new situation they took care of administrative routines with the help of bank, bookkeeper and insurance companies, as well as customers and suppliers, all those were understanding and patient in the situation. Everything was new for sisters, although one of them had been working in the company few summers, thus they had to learn all. And much was learned from mistakes. New CEO proved to be a man at his place. His experience and knowledge were at great help, although he didn’t have experience of entrepreneurship.

At the moment both sisters are working in the company, one is CEO and the other Chairman of the Board, the former CEO who was hired after father’s death, is a Member of the Board and the business is going on. The company has also ridden out the storm caused by biggest customer who closed its works in Finland – turnover was cut off with 50 % but is now step by step reaching the former level.

Lesson learned from this case is that with open mind, strong will and reliable partners everything is possible.