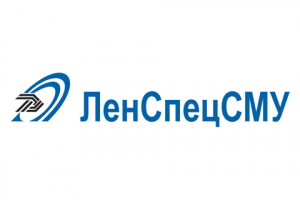 The LenSpecSmu company was founded in 1987 by Viacheslav Zarenkov. LenSpecSmu operates in the field of development and construction. The company focuses on residential property for the middle class in St. Petersburg, where it is represented by the brand “Etalon LenSpetsSmu”, and also on construction in Moscow and Moscow region. In 2017 net profit of the company amounted to 7.9 billion , annual turnover was 70.6 billion .

During 30 years working in the real estate market, the “Etalon” Group has built more than 200 properties with total area of more than 6 million square meters. The founder Viacheslav Zarenkov is the author of about 200 patents for inventions and realized over 30 construction investment projects.

Dmitrii Zarenkov started to work in his father’s company in 1998 after getting experience at a leading position in another company. He became deputy director in LenSpecSmu, then he was appointed CEO and finally Dmitrii became the chairman of the Board of directors. For his successful work and achievements Dmitry received numerous awards and prizes. He became “Honorary Builder of the Russian Federation”, “The best Manager of St. Petersburg” and “The best Manager of the Year” on “Golden Manager” competition.

However, at the moment the company’s transfer under its top manager’s control is being discussed in construction industry. In the end of 2017 there was strong decline (by 1.5 times) in stock price of the company. In summer 2018 Viacheslav Zarenkov and members of his family started selling their shares in LenSpecSmu.