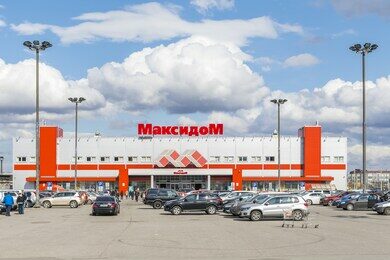 Maksidom is the first Russian hypermarkets network of goods for home improvement, repair and construction. The company was founded in 1997. Maksidom developed actively in St. Petersburg: one hypermarket opened every two years, and since 2006 they have hypermarkets appeared annually. In 2015 annual turnover of the company was 17 billion . The headquarters is located in Saint Petersburg.

In her youth Maria was the Head of the monitoring group in father’s company: she made reports and gave recommendations to the commercial department on pricing. But she wanted to achieve success on her own. Maksidom’s employees did not argue with the daughter of business owner: “Probably, father wanted me to grow up in the company from the very bottom, but without criticism and feedback it’s impossible! And besides it’s incredibly boring”.

Maria left the company, worked in newspapers, on TV and even launched her own business. And when she understood that she could achieve something independently, and her father saw it, he offered her to join the Board of directors of Maksidom.

Today Maria does not know if her children will work on family company: “They may want to continue the business, but they also may decide to become doctors or artists.” I have no right to interfere with this choice “. She considers that it is necessary to think about how to structure a business, if the next generation does not have a desire to deal with it. Ideally, the business should develop itself, and the family will only supervise this process.