STORY: BURIM IS LOOKING FOR A SUCCESSOR 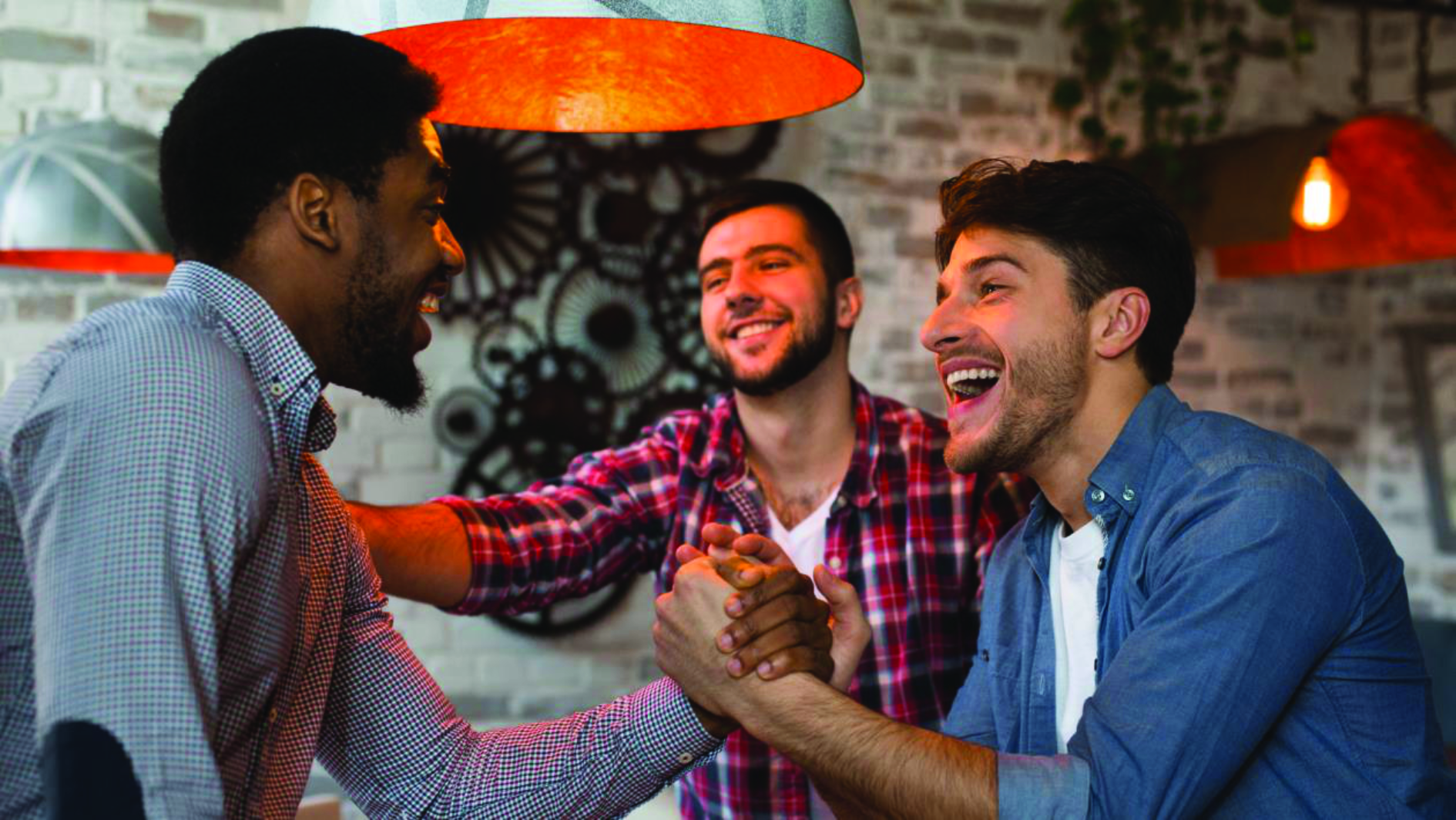 Burim was working as a department head at a bank in Sweden, and dreamed of creating something on his own. He was constantly thinking of new business ideas, but he did not feel that he had found “the right idea” yet. He decided to not wait for the perfect idea, but act on one of the ideas that he had. This action would help him learn and also show him whether he likes running a business or not. Burim decided to open an “Escape Room” team-building park that includes technical challenges. He planned to run this business for a few years, then change to do something else.

Burim involved two friends in his business idea; Leon and Pär. Together they wrote a business plan and a partnership agreement, and it was fairly easy for them to receive a loan from a government program to build their concept. It was the beginning of a journey with a series of challenges, where each challenge is more difficult than the previous ones. The absolute hardest challenge was finding a plot of land that would work for their purpose. After much searching, they finally managed to convince a company called Svea Skog to accept their business idea and lease some land. Once the business got started, it was far more difficult than the friends could have imagined. They needed to learn to write computer code, solder electronics, build rooms, and cook for customers. After a year of many long days and late nights, it was finally ready (six months later than planned)!

When they launched the business, it became popular. They received many bookings from all of southern Sweden, and the first two years went extremely well. They continued to face challenges and work long hours, but they also had fun, earned money, and felt passionate. In the third year however, Leon decided to continue his military career in the foreign service. Additionally, Pär announced that they were expecting children. Burim and Pär decided to continue with the business, but the third year became difficult. Burim needed to do more of the work since Pär needed more family time.

Burim had always been interested in eventually selling the business, so when his motivation and energy started to run out, he brought up the topic of selling the company with both of his partners. Pär was completely willing to sell, but Leon was not. Their discussions eventually focused on the stipulation in the partnership agreement that clearly stated that if any single partner decides that he wants to sell, then all of the partners must sell. Reality was not as simple as the partnership agreement. Leon thought that it would be foolish to sell now when the business was going so well; he wanted to wait longer. They were still friends, so Burim did not want to involve legal courts in their dispute.

After a long discussion process, they agreed to sell. The first potential buyer offered a lower bid than what they themselves had invested. Pär wanted to take this bid. He just wanted to be done with the business. Burim and Leon did not want to lose money, so they rejected this bid. The next potential buyer was a friend. After learning more about what it takes to run the park, the friend realized that he lacks the skills. He would not be able handle the technology, servicing, and maintenance. This was the kind of knowledge that Burim, Pär, and Leon had developed over the three years.

At last, Burim talked with one of the park’s suppliers. He seemed interested, as he already owned a similar park and understood the systems that the park uses. They received a bid that was a little higher than the money that they had initially invested. This bid would not pay for all of their hard work during the last three years of growing their business. Despite this disappointment, they decided to sell. They sold the company as a limited company, thus selling all of the shares. This type of sale involves two problems: First, the three partners are still personally liable for the bank loan, which the current sale agreement would not resolve. Secondly, they are also liable for the lease agreement. Despite this, they decided that they trust the buyer and that this offer was their best option. A year after they sold the business, they managed to transfer the bank liability and lease agreement to the new owner.

Burim and his partners had a challenging and evolving journey that they had not fully anticipated when they started. Their partnership agreement was legally binding, but once it was put to the test with friends, relationships and feelings affected them more than they expected. It is important to keep this in mind when writing a partnership agreement, especially when the partners are friends. Sometimes there are also things that cannot be negotiated away in business agreements. In these cases, both sellers and buyers need to trust each other, and trust their instincts.

Furthermore, Burim, Pär, and Leon realized that a specific skillset is needed to run their company, and it was not easy to find potential buyers who had that skillset. There is no doubt that it is easier to sell a company when few processes depend on the sellers’ unique knowledge. If Burim and his partners would have had more time and planned the business transfer earlier, they could have started to transfer their own knowledge by training personnel, writing processes, documenting decisions, adding machines, suppliers, etc., and thus simplified the process of finding a buyer.

Regarding the price, the three friends were initially disappointed because they felt that their time and effort in building the company deserved a higher price. It is common to think like a seller; however, the buyer will most likely not have the same point of view. The buyer often values the company based on other factors, especially on future potential instead of past effort. So, there is really only one right price; how much the buyer is willing to pay, and the seller is willing to accept.