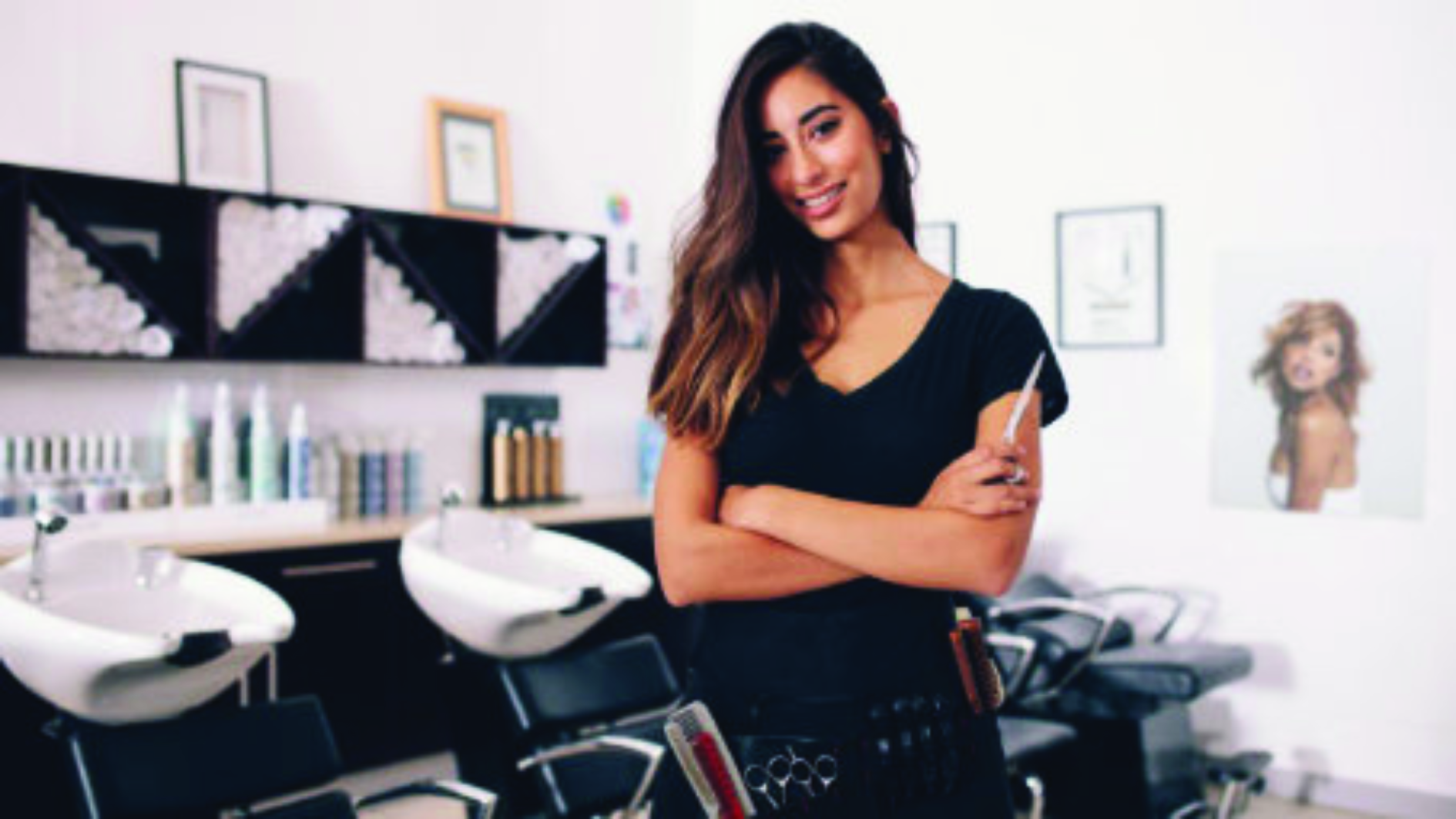 Sirpa is 33 years old and lives in an average-size town in Sweden. She had been employed as a hair stylist for many years. Ever since her school days, Sirpa has played with the idea of becoming the owner of her own hair salon. Now that her children are old enough to go to school, Sirpa and her spouse agreed that it was time to test out her dream.

Suddenly an opportunity arose! Sirpa´s employer, Kalle, in the hair salon Beata, wanted to retire. Kalle wondered if Sirpa would want to take over the business. This opportunity created many thoughts for Sirpa; should I start my own new business, or take over an existing salon? What would the difference be?

“I really want to start from scratch to design my salon with my style and logo. On the other hand, I could start faster if I take over the existing business. If I start a new salon, I would need to find a location, buy everything, design it and plan it. I do not know if I can do this all by myself. Also, I already know that the existing business has an experienced accountant who is familiar with the business. Would I need a permit?”

After taking time to reflect, Sirpa felt that buying the Beata Salon would give her a head start. This head start was worth more to her than the opportunity to design her own salon. With this decided, Sirpa then had new questions; how much would it cost to buy the business? Can I take out a business loan? Her employer had another employee; how would he react if I become the boss? Will he want to change jobs? If he leaves, could he take many of the regular customers with him?

Sirpa has a good relationship with her boss, Kalle, and he helped her resolve some of her questions. Since Kalle is retiring, there was no risk that he would take away customers or employees. The other employee was enjoying his job; so he would most-likely stay even if Sirpa would buy the salon.

The price Kalle offers was approximately the same as what Sirpa would need to spend on inventory and decorating a salon. Sirpa received help from an accountant to check the salon’s accounts; they realized that Kalle’s price is a reasonable valuation. The offer Kalle made was for Sirpa to acquire the assets of the company. This means that Sirpa would start her own new business, which would acquire Kalle’s inventory, agreements, and employees, without buying shares in Kalle’s company. This offer made it easier for Sirpa to understand what she was buying; she could continue to run the business without being responsible for any commitments that Kalle’s business had made previously.

Before meeting with a bank, Sirpa worked on her business plan for several evenings so that she would be well-prepared. Her plan included a long-term vision for how the salon would become what she wanted it to be. The meeting at the bank went well. She answered all of the bankers’ questions, and a loan was approved to allow her to buy the business.

Taking over an existing business is like buying an existing house versus building a new house. With a new house, you can choose a design, style, floorplan, and layout, but it will take time to build. Additionally, there are some uncertainties. For example, you don’t know how the area will be developed, whether the ground is ideal for construction, and how resistant the new construction will be to weather and wind for the coming decades. In contrast, an old house already has resolved any construction problems. You can also argue that it is more environmentally sustainable to buy an existing house instead of building a new house. The same is true with businesses. Instead of buying new inventory, you can take over an existing inventory like Sirpa did. If the company transfer allows the employees to continue in their jobs, like in Sirpa’s business transfer, it´s also socially sustainable.

Sirpa had a close relationship with the person who sold the business, which is common in business transfers. She was able to ask Kalle to remain in the business for some time after she took over to learn more from him. If Kalle had not retired, Sirpa would have needed to stipulate in the purchase agreement that Kalle could not start a competing business for a certain number of years.

The price that Kalle asked for was not very high, so the risk involved in taking over the business was low. However, it could take some time for Sirpa to make the salon become the way that she wants it to be, since she did not choose the employees, location, branding, customers, etc.

During a business transfer it is also important to take into consideration whether the current owner has any valuable knowledge or important contacts that have not been shared. For example, the salon’s success might depend on Kalle’s reputation for dying hair or styling hair for weddings. Similarly, the salon might depend on, for example, an accountant who is a close friend of Kalle, and might disappear when Kalle leaves.