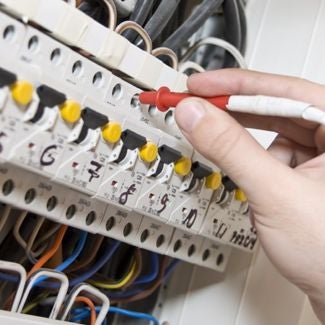 Transfer took place since the founder of the company, Mr. Mati Vetevool felt that it’s time to step give main responsibility to his son. This didn’t, by any chance, mean that he cut off completely from running a business, but Mr.Mati Vetevool took the role of CEO and Meelis Vetevool became Chairman of the board. It was easy to find a successor since the son had been actively working in the company alongside his father. Therefore, the transfer process was very dynamic. Next to the son, also the grandson is working in the company and this should guarantee the long-term sustainability for the company. When the entrepreneur and owner of the company, Juha Hallamaa, died suddenly and unexpected in December 2007, were his daughters 19 and 22 years old and still studying. Although the situation was a shock both to sisters and to their mother, the decision was made quickly and in the next morning both sisters were together at the works telling that they are going to continue the work of their father. Telilän Sähkö was founded in 1956 by Mr. Erkki Telilä who run the business more than 20 years. In 1977 the legal form of the company was changed and in 1978 it was transferred to Erkki’s son, Mr. Sakari Telilä. In 2008 took Sakari’s son Mr. Pekka Telilä responsibility of business as CEO of Telilän Sähkötyö Ltd. Mr. Pekka Telilä was the first entrepreneur in Generational Replacement Program of Satakunta University of Applied Sciences. His father Sakari Telilä had planned to retire. It was clear that Pekka would be the owner in near future. The company, Telilän Sähkötyö Ltd, had also future challenges for growing up as a national and international company.

Pekka had planned his studies with teachers of his core subjects and with the mentor from the faculty of Technology and Maritime Management bearing in their minds the future entrepreneurship. A cooperation contract with the Enterprise Accelerator was signed when Pekka still was studying. He spent the academic year in Ireland as an exchange student studying electrical engineering, business management and English. The Bachelor’s Thesis of Pekka was related to the generational replacement in Telilän Sähkötyö. He graduated and became an electrical engineer.

During his studies Pekka and his father had pondered the essential business activities with the mentor and a couple of experts from Enterprise Accelerator. It was considered that Pekka’s challenge was to expand the enterprise activities and to make international contacts.

Pekka and his father Sakari decided to make diffusion for the company. Pekka took on his responsibility the electric contracting under the name Telilän Sähkötyö Ltd and Sakari runs new company Kiinteistö Telilä Ltd which owns and develops the facilities. Telilän Sähkötyö Ltd has grown by acquiring other electric contractors and developing new competence areas like building automation, weak current and solar power.